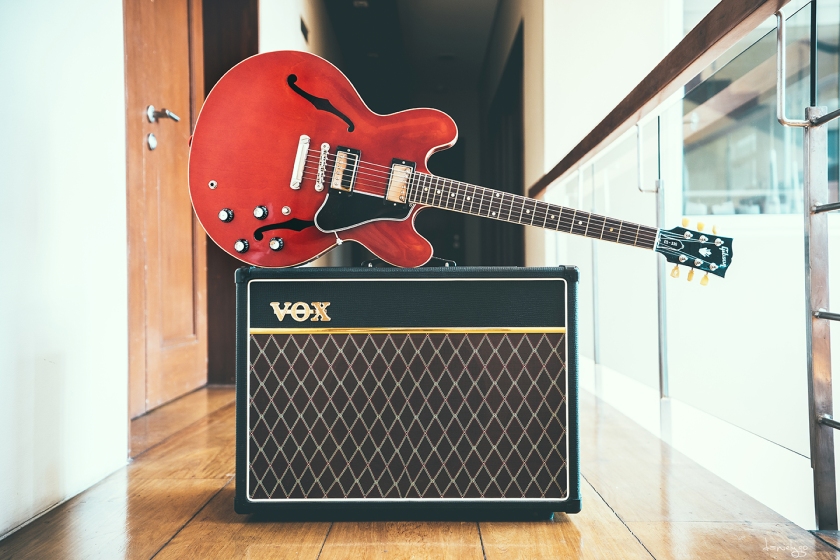 Being in a lockdown with an elbow injury can be plain torture when you have all the time in the world to play guitar and experiment and make music and yet not be allowed to do so until your elbow is healed.  So I just did the next best thing, which is to do a photoshoot of my gear. I call this series the Tone Foundations.
Why Tone Foundations? Because I firmly believe that what you need for a great guitar tone boils down to two main things – a good guitar and a good amp. The guitar and the amp forms the tonal foundation for me. I do use effects pedals but I view them as “add ons” to color the tone instead of definiting the tone.  If I need  to use an effects pedal to make a guitar or an amp to sound good then that means, I am using the wrong guitar or the wrong amp.  I am a church worship musician/volunteer and I do own a few guitars which I use in rotation depending on which I feel fits the set list for a particular Sunday more. I  believe that each of these guitars bring something different to the table and while I may have my personal faves but I know that I can’t simply pick one out just because it’s my fave. The guitar tone has got to fit the songs and style of the song.

How do I choose which guitar to use? I am part of two worship teams so I play 2 Sundays in a month. For my 1st team, I am the sole guitar player so I get to choose any of the guitars I have on my line up to play and not worry about having to complement another guitar player’s sound. The choice, as I mentioned, depends on the songs. My default go to guitars would be my Telecasters (the Fender Japan 62 Reissue Telecaster Custom or the Fender Mexico 72 Thinline Telecaster with TV Jones Pickups and Bigsby) or my Gretsch DuoJet DSV. I love the simplicity and the in-your-face bite and snarl of the telecaster pickups or the chimey snap of the Gretsch Duo Jet.  I tend to gravitate towards brighter sounding guitars specially since I am the sole guitar player. 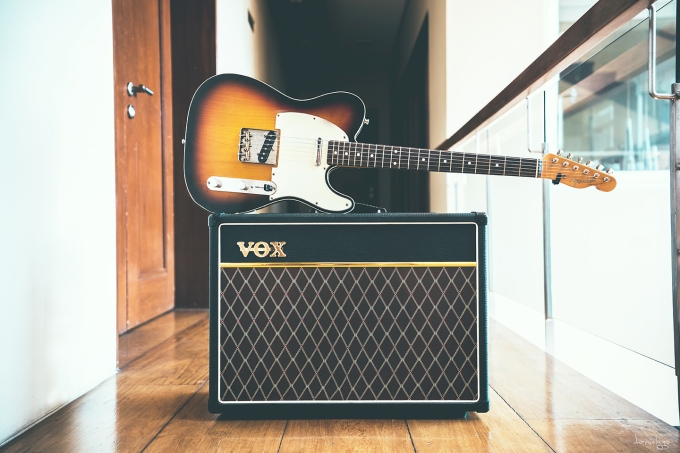 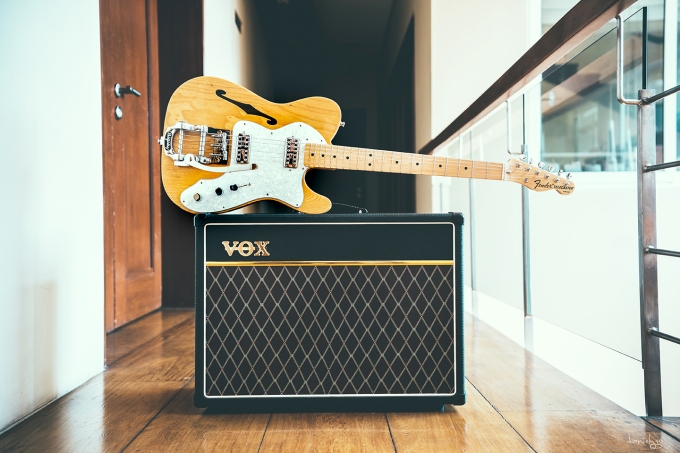 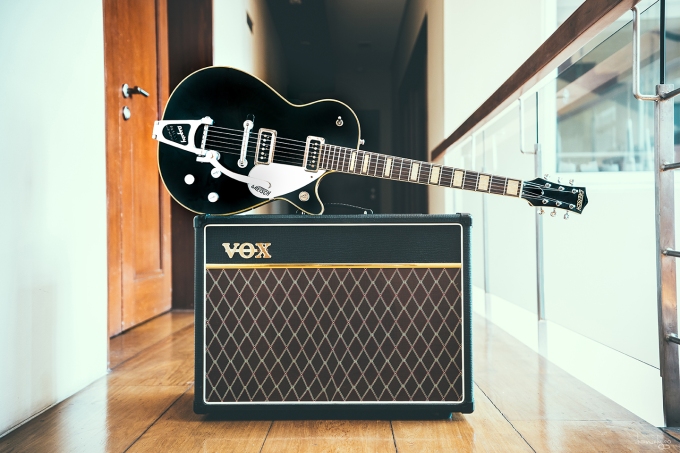 For my 2nd team, I am one of the two guitar players there and so my guitar choice will need to complement my partner’s guitar tone. Since he is playing a Fender Stratocaster, I  tend to gravitate towards my humbucker equipped guitars to act as a counter point to his single coil sound and since this team plays a more edgy and contemporary Christian music style, I usually default with my Thinline Telecaster because of the TV Jones Humbuckers that I installed in there or I go with my Gibson Les Paul or Duesenberg Starplayer TV (with a P90 and am humbucker pickups). I also use my Gretsch DuoJet because the Dynasonic single coils sounds so different from the Strat’s single coils.

The other guitar in my line up that had seen extensive use is my Gibson ES335 Memphis when I feel like I want a rounder and warmer sound to the songs.  This can be used with either my 1st team or my 2nd team. But for some reason the guitar that had seen the least amount of use is my Fender Japan 62Reissue Stratocaster. While the Strat is a super versatile  guitar and sounds really good and articulate specially with the classic 50’s pickups I had installed into it,  I just find it too generic sounding that doesn’t give me enough oomph when I play as the only guitar player, or it sounds too similar when I play with another guitar player on my 2nd team. Probably my limited guitar skills has more to do with this than anything else. But I still do break it out ocassionally specially for my 1st team when one or two of the songs in the line up have a more acoustic feel to it, then I can use the 2nd and 4th pickup positions to sort of give me that acoustic sounding quack that I need while allowing me to have a gamut of electric sounds at my disposal.  I am not saying that one guitar is better than the other, but the choice on which one to use really depends on the set list for me. 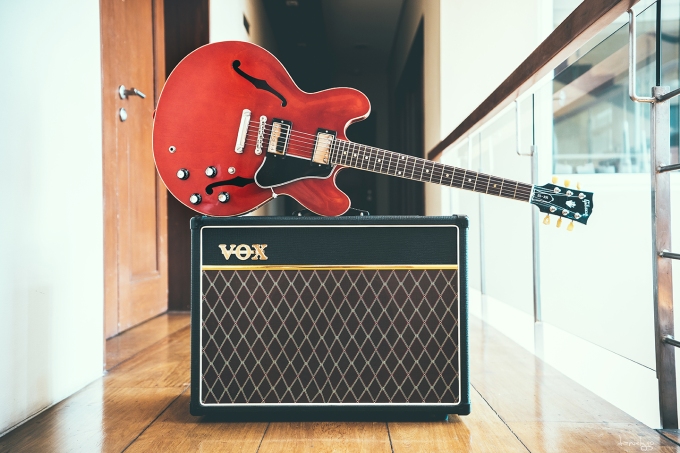 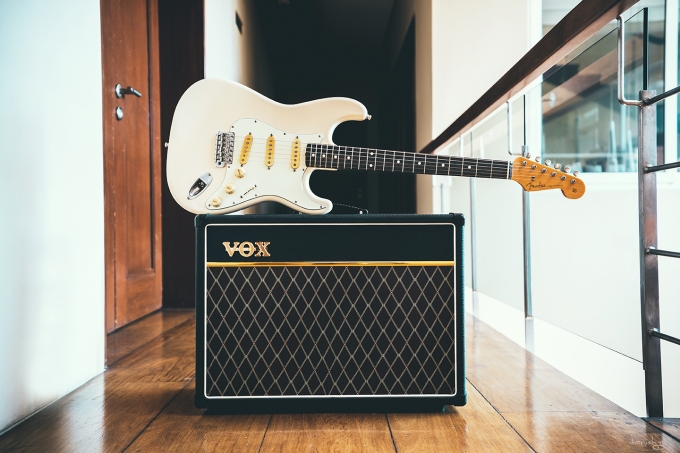 Last but not the least, I have this philosophy that I rather have an amp with an awesome sounding clean tone (with less than stellar overdriven tone) than one with an awesome sounding overdriven tone but having a less usable clean tone. Of course, if an amp can give me both then so much the better. I figured that I can always dirty up the tone via pedals but no effects pedals can clean up an amp for me.  I have always been a Fender amp tone kind of guy, I love the warm round clean tone of a Fender with its massive headroom and exquisite spring reverb tone. Instant classic for me, but it’s strength is also its limitation. While I want a clean sound, I also want a little bit of breakup in the tone which I find it hard to obtain because the only way to obtain that is to crank up the amp which I obviously can’t do at home. I know I can always for for a smaller amp with a really low wattage but I wanted the fullness of a 12″ speaker so after doing a bit of a research and checking out the sounds of different amplifiers through the convenience of Youtube,  I discovered that I love the VOX sound.  It has enough headroom for me to play clean yet the headroom isn’t as insanely high as it is with the Fender so I can have a chimey sound with a bit of a breakup. So I went for the Vox AC15, it was like a whole new world of sounds and tones opened up to me.  The chimey cleans, the edgy breakup while retaining clarity plus I love how the tremolo and the reverb is subtle yet present!  I hope our church will have a VOX in the future. But for my home set up,  I am completely happy with the VOX AC15. 🙂 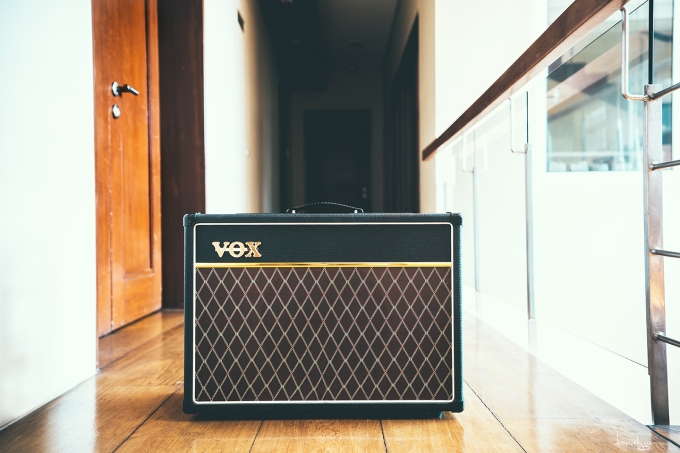 Guitars and related items are not cheap and I am not wealthy by any stretch of mind. I just praise the Lord that I was able to acquire all these in the past 6 years though saving up and then selling off other items. Many of these guitars were acquired via trade/swaps. 🙂

All photos were shot in natural light (thanks to a large window and the the bright summer afternoon sun coming from the right) with a Sony A7lll and a Sony 16-35mm f/2.8 GM. Thanks for checking out my blog. Please do leave me a like , share this blog and drop me a comment as I love to hear from you all.

In the meantime, stay home, stay safe, let’s flatten the curve and win over this Covid 19 pandemic. God bless us all. 🙂

This site uses Akismet to reduce spam. Learn how your comment data is processed.